Classics Movies that Never Get Old 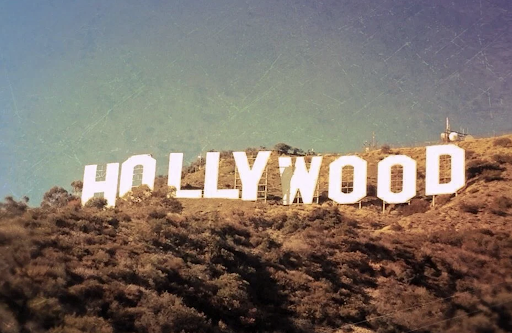 Do you want to have a movie night but have no movies to watch? Here are five best classical movies and tv shows that you will never get bored of watching:

You might have seen its logo on shirts and bags or heard references to it in the media? Maybe you’ve even heard its catchy theme song? So what it is and why it is so popular? ‘Friends’ is a ten season American sitcom created in the 90s. It is about the complicated, and always funny, everyday lives of six close friends living in New York. Not only is it humorous but teaches many valuable life lessons at the end of each episode, most importantly to always count on your friends. Each character also has a very unique personality and qualities, making it relatable to everyone. Lots of our current day fashion, culture and comedy is also derived from this show so I would highly recommend watching it if you haven’t already.

Ten Things I Hate About You:

“Ten Things I Hate About You” is a modernization of William Shakespeare’s 16th-century comedy The Taming of the Shrew, retold in a late-1990s American high school setting. This movie is a great way to learn about the many moral messages conveyed in Shakespeare’s play such as staying true to yourself and inner beauty in an entertaining and relatable way. It is also a very commonly studied film in schools and I will definitely recommend watching it to get a head start.

This movie is a black and white courtroom drama set in a jury room in New York City. The main plot follows twelve everyday men who have been chosen to determine the fate of a young defendant charged with murdering his father. This film may not be for everyone but it can definitely challenge your brain to think and question the biases that our society is built on. It can also open your mind to numerous different perspectives and consider all possible situations, which can be a great skill to have in later life. Therefore, “12 Angry Men” is a great watch for anyone who is interested in legal proceedings or psychology.

The ‘Breakfast Club’ is a 1985 American teen coming-of-age comedy-drama film. This movie is about five high school students all from different cliques placed in detention together. Throughout the story, they become closer and find out each one is facing their own individual challenges and struggles. This is a highly emotional movie but in the end, conveys the message to never judge a book by its cover. It also encourages the breakdown of stereotypes and social barriers which stop you from being who you truly are.

The ‘Titanic’ is one of the most famous and influential romantic movies of the 90s. It features some of the greatest actors of all time including Leonardo DiCaprio and Kate Winslet. This movie was also based on a real event when the RMS Titanic, a British passenger liner sank in the North Atlantic Ocean on 15 April 1912, after striking an iceberg. The movie is so significant as it represents the sinking of the largest, most luxurious, and unsinkable ships in history. Lastly, it is a beautiful and tragic love story that has been embedded into our pop culture.